Arsenal and Tottenham Hotspur fans enjoy a fierce rivalry but the announcement of the European Super League achieved the rare feat of uniting them virtually as one in condemnation.

Both north London clubs — just four miles (6.4 kilometres) apart — make up the Premier League big six that signed up to the breakaway league that has sent shockwaves through the sport.

The clubs, most of them saddled with debt and large wage bills, and hit hard by the coronavirus pandemic, stand to benefit financially.

US investment bank JPMorgan confirmed it is financing the breakaway league.

The founding clubs will share 3.5 billion euros for infrastructure investment and to offset pandemic costs, and are expected to receive a further 10 billion euros in “solidarity payments” over the life of the initial commitment — much more than is available in the current Champions League.

The 15 eventual founder members will be guaranteed to play each year in a competition which is intended to take place in midweek, allowing clubs in theory to continue participating in their domestic leagues.

However, such figures left Arsenal and Spurs fans — many of whom have suffered in the pandemic through losing their jobs or ill health — cold.

Their antipathy comes despite both clubs struggling to qualify for next season’s Champions League.

Arsenal’s best hope lies in winning the Europa League — they are in the semi-finals — while Spurs are five points off fourth-placed West Ham in the league.

Tim Payton, a board member of the Arsenal Supporters Trust (AST), told AFP the Super League would be “the death of football”, going against ideals of “sporting competition and qualifying on merit”.

“We need the FA (Football Association) and the Premier League to be firm with these clubs,” he said. “Kick them out, don’t let them play.

“How much money are they going to earn if they can’t sell season tickets for next year in the Premier League? We must challenge this at every level.”

However, another Gunners fan 57-year-old healthcare worker Antonio Gazzella was a rare voice speaking up in support of the breakaway.

“I would like to watch AC Milan, Real Madrid or Arsenal with Bayern Munich (who are not part of the breakaway), the big boys’ business.

Spurs fans had to contend with a second piece of news affecting the club on Monday that Jose Mourinho had been sacked after just 17 months.

The fans shed few tears over his firing but their anger over the Super League was evident.

Maddie Watson, a 16-year-old schoolgirl, said outside the club’s ground that she felt “betrayed because they don’t think about the fans”.

“It is disgusting to do it in a pandemic when people are losing so much money and they are doing this super league just to gain more money,” she said.

The fans did not just restrict themselves to voicing their displeasure. A smattering of supporters turned up outside Manchester United’s Old Trafford Stadium to register their protest.

One banner read: “Created by the poor, stolen by the rich.”

Liverpool fan group Spion Kop 1906, who organise flags and banners for the famous stand, said they have asked the club to take down all of their displays as soon as possible.

A couple of banners hung on the Anfield Stadium fencing, one reading “RIP LFC”, another: “LFC fans against European Super League.”

A protest is also due to be held outside Chelsea’s Stamford Bridge ground prior to Tuesday’s Premier League clash with Brighton.

Chelsea-supporting twin brothers Daniel and Charlie Clarke, 22 and both studying Japanese at university, were disgusted with the move.

“Our family have been following Chelsea for 50 years,” Daniel told AFP.

“Our grandad, who passed away a couple of years ago, started supporting Chelsea in the fifties and followed them all over the country and all over Europe.

“One of the first things I thought was, ‘How would he react?'” 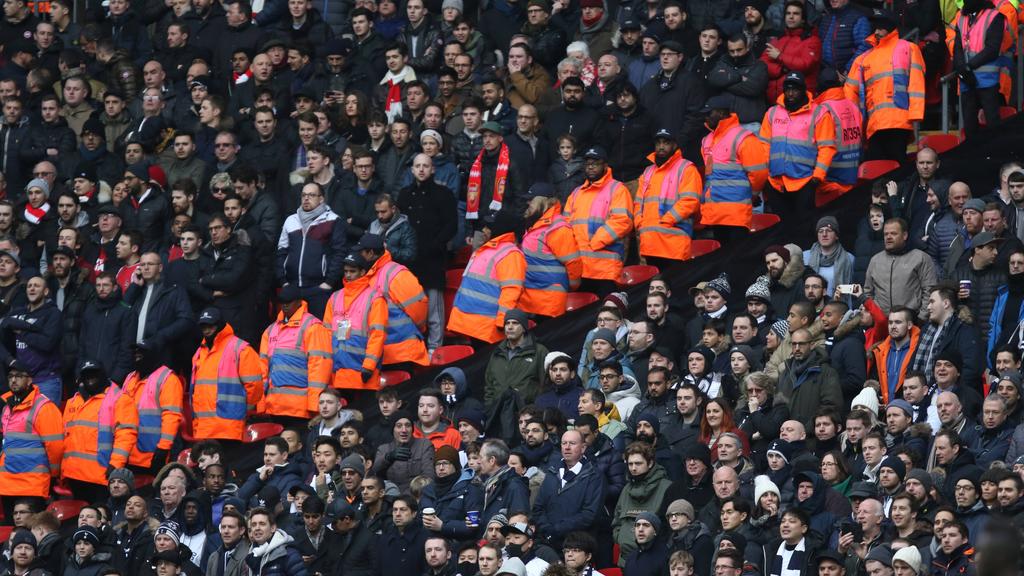